skip to main | skip to sidebar

PEG IS 40 by Brydie Dyson 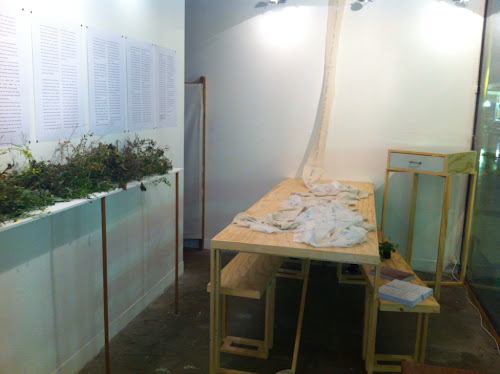 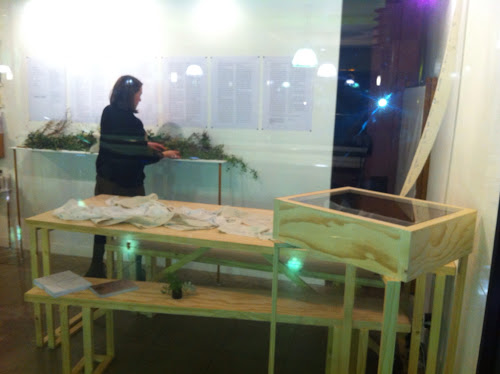 One of the first entire installations in the gallery space Brydie's work was created partly individually and partly as community based projects. 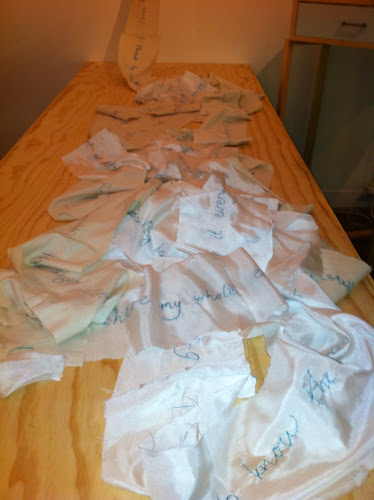 Embroidered texts, cast seed pods and fascinating voice recordings are all inspired by an innocuous peice of graffiti 'Peg is 40' 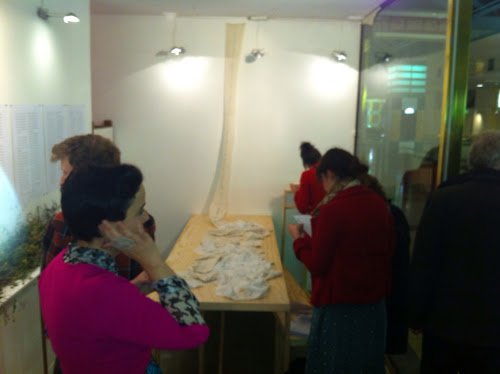 A great crowd attended the opening.

Posted by Object and Book Art gallery at 3:59 AM

Please contact Megan to make arrangements to view the gallery outside of regular hours or to discuss a proposal or put work into the gallery on consignment.